I just realized that the actual VRAM usage isn't reflected in hwinfo, is this intentional?

GPU-Z and Radeon Overlay is reporting 5.5GB of VRAM usage, while hwinfo is only showing 3.4GB of D3D memory dedicated. Is there any way to show actual VRAM usage using  hwinfo? 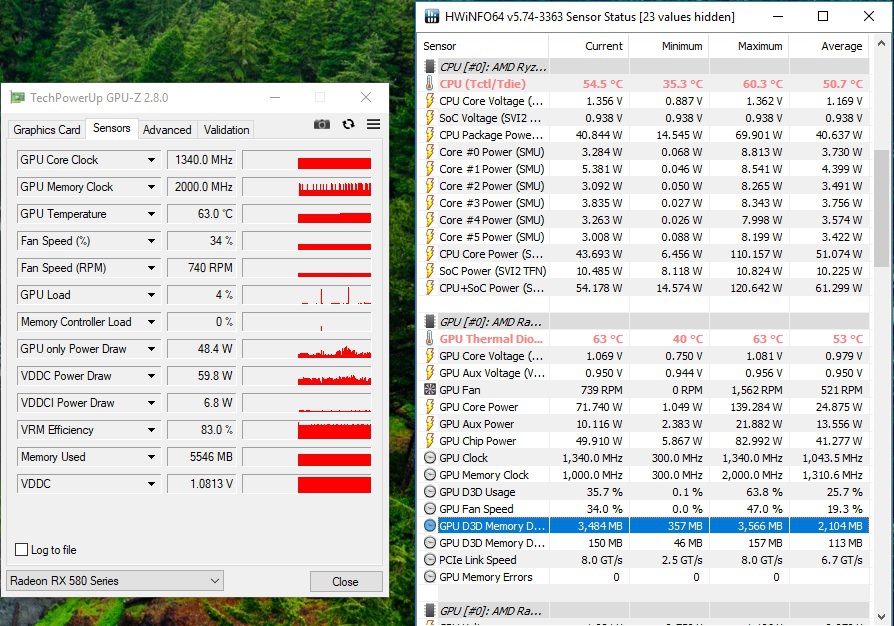 Staff member
Reporting GPU VRAM usage on AMD is problematic.
I'm not sure which of these values is correct, for example on Radeon Vega 8 (Ryzen 5 2500U) GPU-Z reports 22 GBytes used, which is certainly wrong.
But I will check this...
N

Martin said:
Reporting GPU VRAM usage on AMD is problematic.
I'm not sure which of these values is correct, for example on Radeon Vega 8 (Ryzen 5 2500U) GPU-Z reports 22 GBytes used, which is certainly wrong.
But I will check this...
Click to expand...

Could it be that the Ryzen 5 2500U uses integrated memory/ RAM hence it just includes all the system ram together into the calculation?

I also tried Radeon Overlay which is provided by AMD's driver, the readings on the VRAM is the same as GPU-Z too.

UPDATE:
After using Radeon Overlay after a extended period of time, the readings of the VRAM suddenly became very close to the GPU D3D Memory Dedicated readings, only about 200mb difference. Back when I first posted my findings here, the difference were almost 2GB. Indeed I think the reporting of GPU VRAM usage on AMD is finicky, even on their own official drivers...

I guess I will just stick to hwinfo's GPU D3D Memory Dedicated readings.

Staff member
Thanks for the feedback.
Meanwhile I found how to determine the same usage value as reported by Radeon Overlay or GPU-Z. This will be added in the next HWiNFO build