I'm reluctant to report this as a Hwinfo bug, I understand that it might be caused by a number of things. In short, I've noticed yesterday that my 1070ti spiked quite high with its 100% Power Limit in place (i.e. 180W, it was never exact, but the spikes would never be above 192W, and then they were corrected). I've seen as high as 265W, which should not even be possible, this card can only do 120% PL, which is around 220W. It worries me for obvious reasons, the VRMs and potential power delivery failure. It seems to occur during the OC Scanner inside MSI AB, but I've also seen it in games such as Code Vein, although at much lower intensity. Previous scans during the summer didn't result in this at all. This is how it looks like, you can see the spike to 225W below. The spike is not visible inside MSI AB Power (W), and it only showed as 108% in Power (%) and Total GPU Power (normalized) [% of TDP], but in HWinfo there's also Total GPU Power [% of TDP], which shows a 125.4% spike. Spikes up to 108-109% while capped at 100% definitely showed before, but to 125%, this is the first time.

I'll do some more digging and see what other apps like AIDA64 and GPUZ say, and I remember there was a debug mode for HWinfo64 and logs that I can provide, I'll get to those as well. 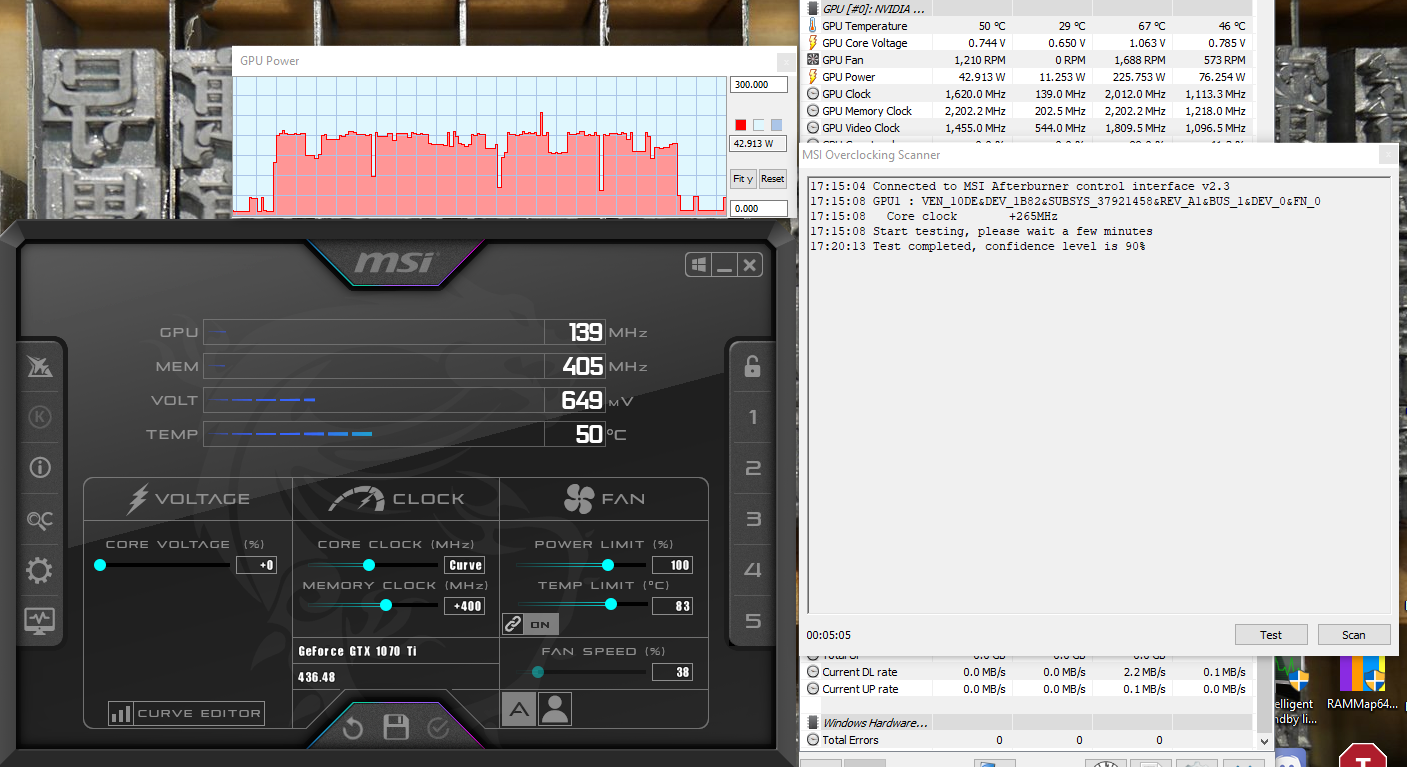 Edit: I don't think it has anything to do with HWinfo, sorry. Without it running, GPU-Z reported a 270+W spike, which is crazy, if accurate. I wonder what's going on.

Apologies for bringing up old thread but did you manage to figure it out?

Mattcarbs95 said:
Apologies for bringing up old thread but did you manage to figure it out?
Click to expand...

Nope, it (probably) got fixed itself with some driver, OS or app update since then, I still get some spikes that are out of the power limit bounds, but nothing like what was in these pictures.
M

t0yz said:
Nope, it (probably) got fixed itself with some driver, OS or app update since then, I still get some spikes that are out of the power limit bounds, but nothing like what was in these pictures.
Click to expand...